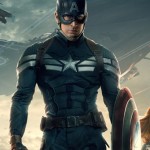 This year, even without a Guardians of the Galaxy trailer during the Superbowl, Marvel fans got some pretty cool trailers and related commercials! WTL7 is proud to round them up for you!

First, and probably best (and most relevant to Marvel Cinematic Universe fans!), the Captain America: The Winter Soldier trailer! I see the images of Winter Soldier and I cannot help thinking about Mike Peterson becoming Deathlok…

Another exciting trailer from Amazing Spider-man. The more I see of this movie, the more I think it could be very, very good. Obviously, only time will tell. The first one was solid, but did not set an impossible bar to match.

JAGUAR — IT'S GOOD TO BE BAD

Jaguar features the first team-up of Loki and Trevor in their ad, called Rendezvous. Sure, Trevor will be showing up on the Thor: The Dark World Blu-ray. But that's not out yet, and they aren't in the same narrative. So here we have their first team up. Oh, and Sinestro shows up, too.

This one kinda, sorta counts. But Tom Hiddleston IS Loki, and IS in Muppets Most Wanted, and the commercial WAS played on “game day” before the game.

There was a lot of controversy with this one. Let's not get into that, though. Let's just understand that superspies like refreshing flavored drinks, too. Although I'm trying to figure out what they are selling. It is a machine and a mix? Looks like Kool-Aid soda. I'm also reminded of what it looks like when radioactive blood gets injected into some sort of super serum…

And I did expect Kool-Aid Man to run in. I swear the voice over said “Oh, yeah!”

He wasn't in the Superbowl, but that last one made me wish, just a little bit, that he was.