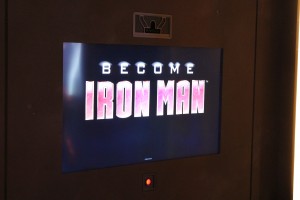 Over the last four years I have made a pilgrimage to the Disneyland Resort to pay the Walt Tax. Never in that time I have entered the doors of Innoventions. It was just too educational and by all reports, well dull.

But this summer I entered Innoventions, the display of future technology supported by corporate sponsors. And I was not forced; in fact I pushed my family through the door. Because this year Stark Industries is the latest sponsor to setup an exhibit in Disneyland. 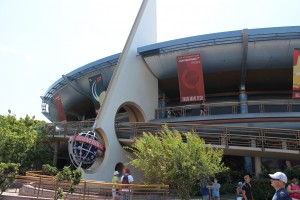 Innoventions Dressed Up By Marvel 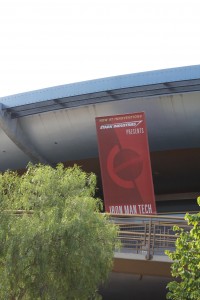 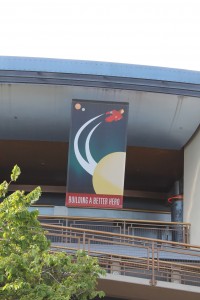 “Iron Man Tech Presented by Stark Industries” is the last exhibit on the top floor of the rounded pavilion. Luckily the top floor is also where you enter! It honestly is not very big exhibit, maybe a little bit larger than a nice sized living room. And the exhibit consists of only two main parts.

First is the Iron Man Hall of Armor, which displays eight of Tony Stark’s armors. The back wall has the Mark I through VII lined up next to each other, much like we would see in the movies. In front of the wall is the Mark 42 from Iron Man 3, standing along in a circular display. 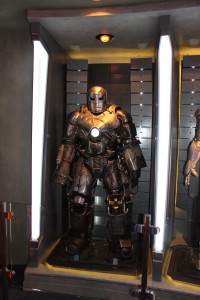 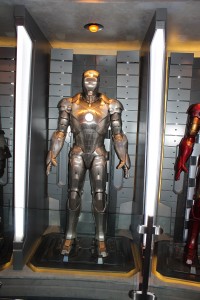 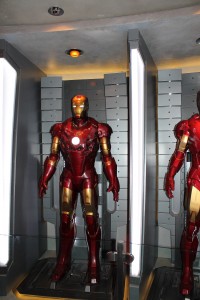 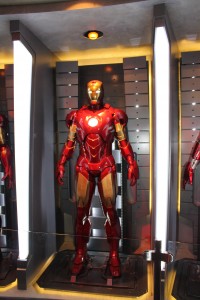 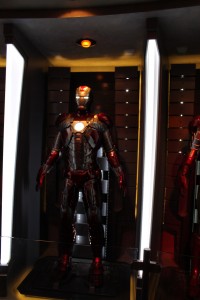 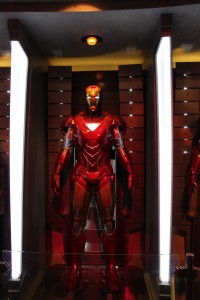 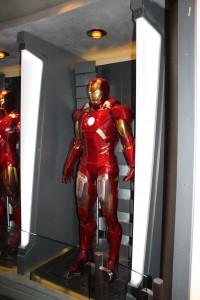 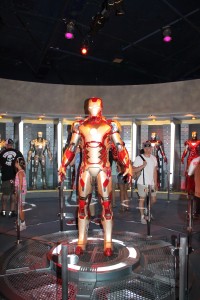 Mark 42 Steps Out In Front

Second is the opportunity to test drive the Iron Man armor for yourself in a simulation based on X-Box Kinect technology. Two guests at a time watch as their body is encased in armor. Then the guest can learn to fly and use the repulsers to take down targets. The simulation takes around 3 minutes. And since the simulation is set in Stark’s garage, for a few minutes you feel like you are in the movie learning to fly the armor for the first time. And I will say I took to the armor quicker than Tony Stark did! 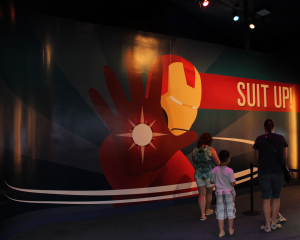 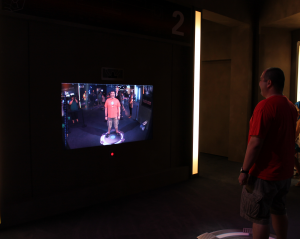 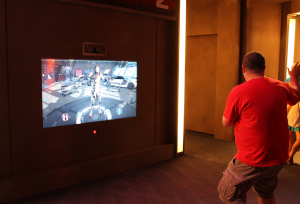 Getting My Groove On! 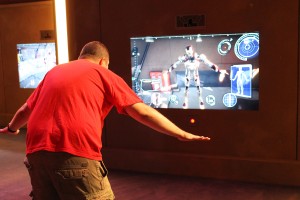 There are also miscellaneous pieces of the armor around the display. 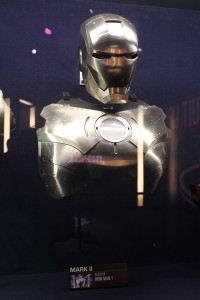 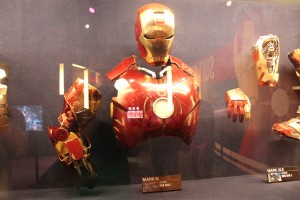 display has been in Innoventions since April to prepare for Iron Man 3. It is scheduled to leave in September 2013. Based on the size of the exhibit, I can see that it is clearly temporary. But I would love to believe this is a first step towards Marvel in the Disney Parks. It was effective in getting me into a building I had never entered before, twice. As a Disney Parks fan I really want Marvel in the parks and I did think it made my experience better. And I made sure to share this opinion with the survey taker waiting outside Innoventions. Yes, more Marvel please!