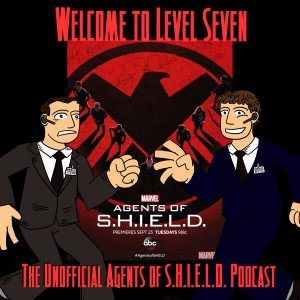 Hydra tried to knock us down, but couldn't knock us out! Internet problems have been conquered and here's out new episode!

Although, Ben seems to have watched the episode while Daniel was reading a book…and Daniel makes the most amazing episode analysis in the history of Welcome to Level Seven!