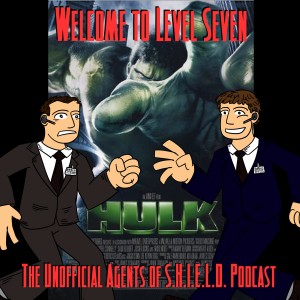 Ang Lee's Hulk! Reviled by many, hated by others, disliked by more, loved by very few (not even those who like it) . . . forunately, this is not the only movie Ben and Daniel are going to talk about!

This episode is a look back at the Marvel movie universes that came before the Marvel Cinematic Universe, taking a few detours into Marvel's Distinguished Competition. From duck to mutant to vampire to swamp monster, Ben and Daniel explore what brought us to that moment in superhero movies that changed every thing (or ONE of those moments, anyway): Iron Man!