Who are the Agents of SHIELD? Well, Marvel has released another video with Level Seven access, so we have another entry in the Personnel Files! 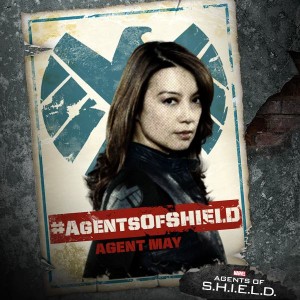 “She's just the pilot.” Melinda May is, obvious, much more than just the pilot, as you can see in the promos that have been released. Here's the Melinda May specific video that was released a while ago, and afterward we'll have some intelligence info that we have dug up:

She seems to have a dramatic character arc even just in the pilot, and definitely has a lot of room for her backstory to be explored.

Here is the casting description for Melinda May:

“Soulful and slightly damaged by her combat experiences, Melinda is an ace pilot, a weapons expert and a soldier who can — and has — gone beyond the call of duty.”

Another listing read: “Also known as “The Calvary,” this hard-core soldier has crazy  skills when it comes to weapons and being a pilot. But her experiences have left her very quiet and a little damaged.”

Ming-Na herself said: “I think she definitely honors her job and she takes it very seriously . . . and she has a lot of skills to reach level 7. But from what I gather she has some damage, she's like a damaged soldier. I think she's definitely one of the more season/experienced agents in this crew.” 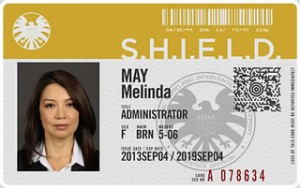 One of the veteran actors in the cast, Ming-Na has some great geek pedigree, having appeared in the original Street Fighter, Stargate Universe, Eureka, and LOTS of voice over work, including as the Disney princess Mulan!

She has been acting for a long time, in a lot of different types of roles, perhaps most famously in ER.

Although to me, she'll always be Camille Wray . . . until, perhaps, the pilot episode of Agents of SHIELD? Will Agent May knock out Camille Wray? I can't wait to find out!