Who are the Agents of SHIELD? And what is “the rising tide”? This personnel file is about a computer whiz, Skye, who got on SHIELD's radar because of her work with “the Rising Tide” . . .

Marvel Studios recently released their “Level Seven” access promo video about Skye, the computer hacker. Watch the video, and then we will report the other intel we have discovered below:

The casting sheet for Skye described her like this:

“This late-20s woman sounds like a dream: fun, smart, caring and confident – with an ability to get the upper hand by using her wit and charm.”

We also know that she is doing an underground website, the Rising Tide, which, as a viral marketing website, has been taken down, but here is what it looked like (click on the image to see it full sized): 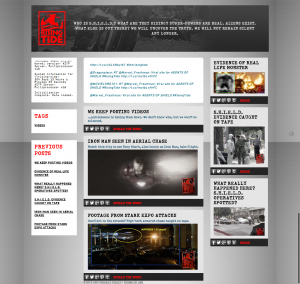 Chloe Bennet said this about her character (in an interview with IGN):

“I can’t say much about it. But I can say that she is this superhero-obsessed girl, in a way where she’s just in awe of it, but she’s also skilled in the sense that she can kind of get herself into these situations. You know, I think she’s going to enjoy the ride, just like myself. I think she’ll have fun.” 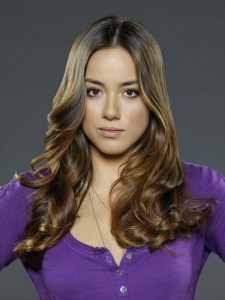 The actor portraying Skye is, like the actors playing Fitz and Simmons, a relative newcomer, still early in her career. She had a recurring role on the show Nashville, but she is stepping into a much more high profile role in a most likely more high profile series now. Again, this is something that Whedon is known for: bringing in talented unknowns and giving them meaty roles. We'll see what the SHIELD team has in store for Bennet and Skye.

Find the other Personnel Files here!