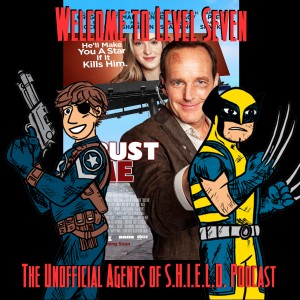 When he's not being awesome acting as Agent Coulson of Marvel's Agents of S.H.I.E.L.D., Clark Gregg is off proving he's awesome doing everything else.

Case in point: “Trust Me”, the recently released movie he starred in, directed, and wrote. Also, this episode's topic!

Daredevil has a director for one episode at least, Farren Blackburn, who also has directed Doctor Who and Luthor. SOURCE: Bleeding Cool

Nathan Fillion will have a small part in Guardians of the Galaxy. SOURCE: Twitter

Doctor Strange has a writer (or at least they are negotiating), Jon Spaihts… SOURCE: Deadline Hollywood

For this episode, we talk about Clark Gregg as the triple threat — writing, directing, and starring in TRUST ME.