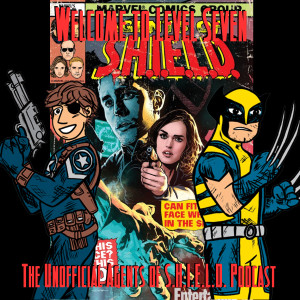 Is it a satisfying season finale? Are the Inhumans worthy opponents?

* Agents of S.H.I.E.L.D. and Agent Carter have both been picked up for another season!

* Bobbi and Hunter are staying with Agents of S.H.I.E.L.D. rather than getting their proposed spin off!

* Captain America: Civil War has a cast that looks strangely like an Avengers movie!

We take a look at SOS parts one and two, the season finale!

Next episode will be a feedback episode!