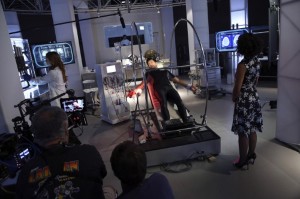 The Girl in the Flower Dress

This is the episode that introduces us to one of the major players in season one (and potentially season two).

Watching it, it still excites me when they start talking about the “index”.

All of the scenes with Raina and Chan are strong and interesting. It's the Skye material that I remember not liking. Specifically, the Miles and Skye moments. But it doesn't feel as off as I think I remember it felt before. What I'm seeing is someone who is trying to figure out how to navigate her old world and her new world. And she's making mistakes and keeping secrets.

Ward: You can't save someone from themselves, sir.

Coulson: You can if you get to them early enough.

That dialogue is meant to have subtextual meaning about Coulson's feelings about Skye. But, again, everything looks different knowing what we do about Ward.

And then the Clairvoyant gets brought up in the tag at the end. Five episodes in, and names are being dropped. Ideas are being introduced. After seeing where it goes, I still wonder what was known at the time, and what was made up as they went along. How many options did they leave open? I know on Lost they had plenty of possible directions they considered going as they determined what they were doing.

I know they knew about Winter Soldier, but how much of the minor details in Agents of S.H.I.E.L.D. as they fit into that?

What about you? Did was this episode intriguing? Or tedious? Sound off below!