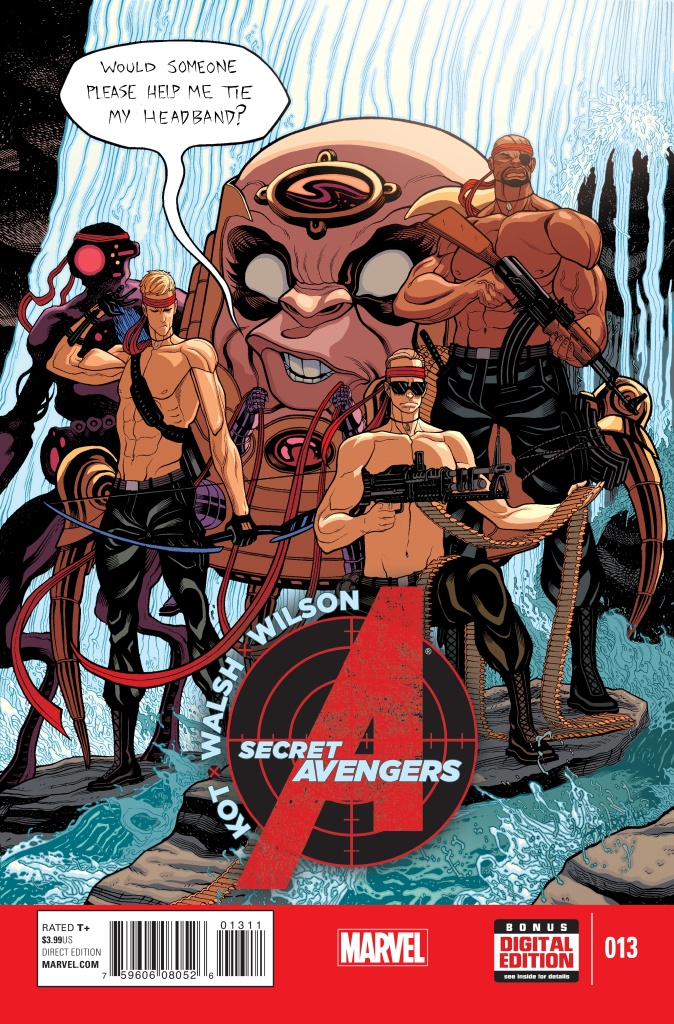 It appears true that Secret Avengers is winding down. I guess I can survive with Agent Coulson now in his own book. For now we just have to ask ourselves if the knight can save the maiden from the tiger…or can M.O.D.O.K. save Hill from Snapper (yeah that does not sound weird).

In the Venezuelan rainforest sits the Nursery. If Snapper has his way, it will allow him to remake the world. Snapper’s world is one without bullies. Snapper has the Fury’s children and innocents tied up in a giant circle. And he has big plans for who will be sitting in the middle. Meanwhile the boys are converging on the Nursery to save the Fury’s babies and the female Secret Avengers. Oh, and there is a pop culture interlude for the ages!

It appears there are onlytwo issues to go after “…And What Do You Believe? Part 3 of 5” by Ales Kot and Michael Walsh. The story does seem to be wrapping up now, and I will probably be melancholy as a few years of reading versions of this title comes to an end. Though I will admit that the story really does feel to be concluding at a good pace with this installment mostly bringing the team together.

There are a bunch of pop culture moments in this issue. They are ripped from today and yesterday. The most useful to the reader is the “Explosion-O-Meter” borrowed from Hot Shots! Part Deux. It really does a nice job of showing us how big the action is and its escalation throughout the story.

I have complained about covers before. But this Tradd Moore and Matthew Wilson collaboration really makes me giggle. It is a win!

Red eyes can’t be good right? No seriously, they are like irritable. Somebody is going to need some drops…just saying!